UNDERMINING THE RIGHTS OF LENDERS 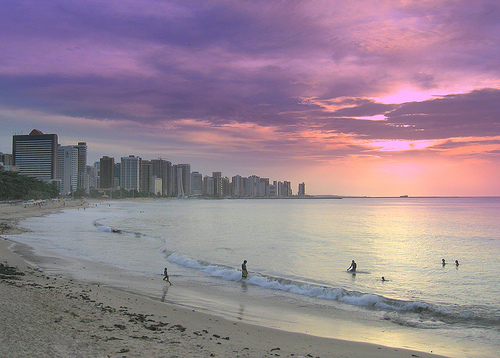 This Article is written by Shantanu Dubey, student researcher at Corp Comm Legal.

In a major development in real estate, Haryana Real Estate Regulation Authority (‘HRERA’) has pronounced an unprecedented decision in the case of Deepak Chaudhary v. PNB Housing finance,[i] which asserted that role of financial institutions, that advances credit to real estate projects shall be similar to that of promoter of the project. The order mandates that financial institutions should have the consent of two-thirds of the allottees for transfer of project. The present article focuses on how the HRERA order which is perceived to safeguard the interest of allottees might have implications on the rights of lender seeking to enforce security interests under Securitisation and Reconstruction of Financial Assets and Enforcement of Securities Interest Act, 2002 (‘SARFAESI’).

In the present case, Punjab National Bank Housing Finance Limited (‘PNBHFL’) advanced the loan of 275 Crore in favour of Supertech Hues Private limited, developers of a housing project in Gurugram with M/s Sarv Realtor Private Limited as the confirming party. In another event, complainant booked a flat in the project and entered into Builder Buyer Agreement. PNBHFL on observing some inconsistency by the developers, filed the complaint with RERA about the alleged activities related to misappropriation and siphoning of funds. Additionally, developers started defaulting on its loan, in effect to which PNBHFL classified the account for project as non-performing asset and started taking legal recourse under SARFAESI act to enforce its security interest. In pursuance of the same, PNBHFL decided to auction the mortgaged project, due to which the complainant in hope for intervention approached HRERA as the auction was likely to affect lives of 900 allottees.

BLURRING DISTINCTION BETWEEN LENDERS AND PROMOTERS

The said order has blurred the clear line that differentiated lenders from promoters under RERA act. The definition of promoter under section 2(zk), ‘a person who constructs or causes to be constructed an independent building or a building consisting of apartments or converts an existing building or a part thereof into apartments, for the purpose of selling all or some of the apartments to other persons and includes his assignees’. The said order, construed that as lenders, by providing credit to the developers ‘caused the project to be constructed’ under the above definition and promoters by mortgaging loans assigned their rights to financial institutions, they will come under the ambit of assignees.

The glaring flaw in this interpretation of HRERA can be shown in a twofold argument. Firstly, governing laws related to functioning of  HFCs  such as National Housing Bank Act, 1987 confirms that primary objective of financial institutions such as housing finance companies is

to advance credit for such housing projects, directly or indirectly. Asking such institutions, to assume administrative role in these projects to safeguards interest of homebuyers, is contrary to reason. Secondly, the legislative intention of RERA act was to assign specific roles to promoters and lenders, and any effort to blur that line of differentiation might be against the legislative intent of the act. In the case of Nathi Devi v. Radha Devi Gupta,[ii] it was held that to ascertain intent of legislation is the main interpretative purpose of the court. Moreover, in the case of Ferani Hotels v. SIC,[iii] it was held that RERA act can be used to make builders accountable to one and all. Clearly, by shifting the responsibility of safeguarding the interest of allottees to lenders, the order is against the spirit of RERA.

Additionally, the HRERA in its own circular related to the procedure for transfer of obligations and rights under section 15 of RERA act, divided it into two parts. The first part specified the conditions under which promoter of the project will be able to effectuate transfers of rights and obligations, i.e consent of two-third homebuyers and order by HRERA. However, the second part, deals with transfer by third parties such as housing banks, does not require any of conditions to be satisfied.

UNDERMINING THE RIGHTS OF LENDERS UNDER SARFAESI ACT

The legislation aims to aid financial institutions and banks to auction and sell both commercial and residential properties in order to recover bad loans. By the Amendment, section 26E has been added to SARFAESI, which states that utmost priority shall be given to secured creditors if their debt is not paid.  Moreover, in light of section 34 of the act which clearly imposes a bar on the jurisdiction, it can be implied that HRERA went out of its jurisdiction to pronounce this order.

Legislations like RERA act and SARFAESI have been framed to minimize risk the real estate sector holds for the economy and public in general. Such an order which totally undermines the spirit of both legislations might have severe implications on real estate. The order is bound to be appealed for reversal. Let us hope that, the higher court deals with this matter in a more constructive manner, where perfect balance can be created between the rights of lenders and the rights of allottees.